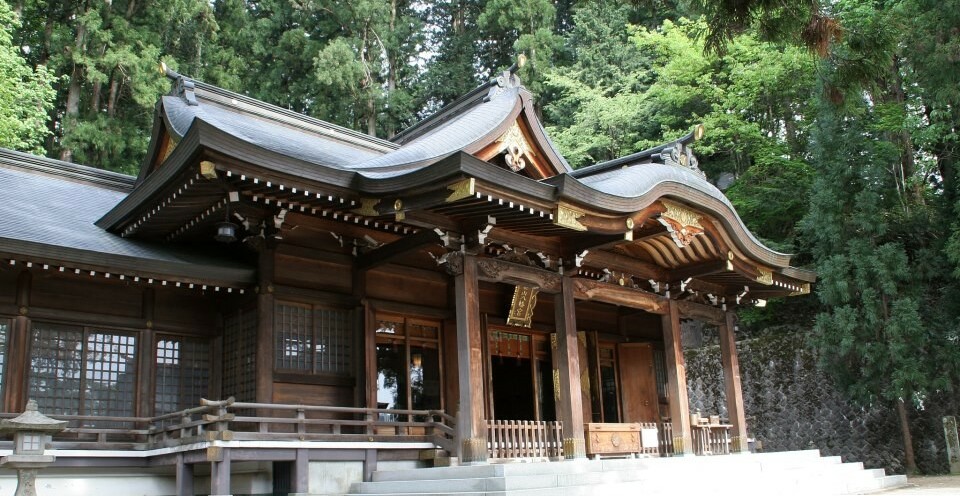 The origins of Sakurayama Hachimangu Shrine date from the time of the Emperor Nintoku (413 - 439), when he reguested Prince Takefurukuma-no-mikoto to subjugate the monster Ryoumen Sukuna, an incredible beast with 2 heads, 4 arms and 4 legs.

Before undertaking his task, the warrior enshrined his father, the Emperor Ojin as the deitty of this sanctuary, and prayed for the success of his missiuon.

In 1683, through the benefaction of Lord Kanamori, the shirine was enlarged and offcially established for the protection of the town.

The Takayama Matsuri (Festival) is regarded as one of the three most beautiful festivals in Japan. (along with Chichibu Matsuri in Saitama Prefecture and the Gion Matsuri in Kyoto.)

The focus of the festival is the magnificent floats which are pulled through the strees of the town.

The Takayama Matsuri actually composed of two festivals: the Spring Festival (April 14th and 15th), in which 12 floats take part, and the Autumn Festival (October 9th and 10th) which features 11 floats.

The Takayama Festival began about 350 years ago as a simple village ceremony. Since Takayama is in Hida, the center of Japan's timber producing region, the town grew as an important distribution center for the area, attracting large numbers of sake brewrers, cloth merchants, woodworkers, and other craftsmen. As result support of these rich merchants, and the pride in the high quality work of the artisans, the floats beccame more and more magnificent, as result of competition developed among the various districts of the town.

The Yatai (float), many of date from the 17th century, are decorated with complicated carvings gilded wood and detailed metaworks, Rich design, similar in style to art from Kyoto in the Momoyama era, is blended with elements from the early Edo period, and is equal to the spread Nikko Shrine near Tokyo.

These two styles of art were combined by local artisans whose skills the special character of the Hida-Takayama region.

Detailed carving, lacquering and beautiful decorative metalworks is found not only on the outside of the floats, but inside as well, under the roof and bihind the panels, where the work is amazingly detailed. 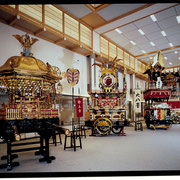 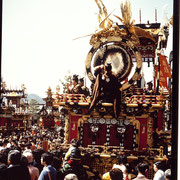 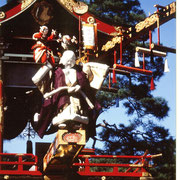 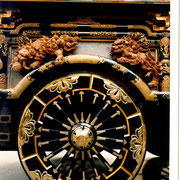 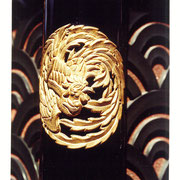